Running on Empty does this thing therapy books do, where it ascribes all your problems to one source, and it describes it problems so broadly that it is very very easy to just go ahead and say “yeah, that’s absolutely me!”. As you can probably tell, I’m not a fan.

Checkboxes like “Sometimes feel like you don’t belong when with your family or friends” (yes, duh?) or “Struggle with self-discipline” remind me very uncomfortably of when we learned in schools of how cults, in particular Scientology, hook people with naming relatable deficiencies. Generally, I don’t think that their list is selective enough to point at something useful, even though from popular echo, I suspect that there’s something there. The book does address this fairly late, and just by saying that while most people connect with some of the challenges, the book is meant for those who struggle “significantly” with some of them, and thus feel like they’re reading about themselves. But then, we like to think we’re reading about ourselves, so books like this really should do better.

The thesis is that most parents are “good enough”, while also inevitably emotionally failing their children at times. Emotionally neglectful parents do this either chronically or in crucial moments. They identify twelve types of these parents, and they end conveniently on the well-meaning ones that were neglected themselves, because if you fit the symptoms and your parents fit none of the neglectful types, oh well, they must be well-meaning and loving and still neglectful. Again, I do think that there’s something there, but the high-handed generalisation and assumptions make it much harder to get to the useful parts.

I didn’t find the list of types of parental emotional neglect and the list of potential consequences very impressive for these reasons (details below in the notes). That said, I do think that their solution (“listen to your feelings”, more or less) is correct and something that people with at least some of the listed problems need to see explained and taught. The steps involved, a mix of Focusing, general self-care and just reassurance that this is okay are good and are complemented by a long list of descriptions of emotions. When I had to deal with somebody not in touch with his emotions, this was pretty much exactly my approach, and it’s also why I think that this book, despite its overly broad funnel, contains useful elements for some people.

It also closes by giving a basic rundown of “how to be a functional adult”, and while I don’t think that the worksheets are particularly useful, all of the points listed are not wrong and are probably useful to help people discover blind spots they need to work on.

The notes are skipping the chapters for therapists and the ones meant for parents.

Why feelings matter and what to do with them

Emotions are a vital source of information, ignoring them blinds you and leaves you vulnerable, and also keeps you from experiencing life more fully. To get in touch with emotions: Identify your feelings (easiest approach: try out words until they feel true, cf. Focusing), then Accept them as valid (there are no bad emotions etc), then Attribute them to a source or reason, and only then Act on them. Acting on emotions needs to be appropriate – assertive and with compassion.

The book also makes an interesting distinction between horizontal questions, which are aimed at getting information, and vertical questions aimed at understanding. I don’t think the naming is great, but I hadn’t encountered it before.

The book makes a pretty good point that self-care is important to get in touch and deal with your emotions, and it’s probably a point more self-help books could stand to make, even when it sounds trivial. There are several parts involved in the whole self-care thing:

Nurturing oneself, taking steps to having a healthy, enjoyable life. The first step is a change in attitude by putting oneself first: saying No, asking for help, discovering likes and dislikes, and putting a higher priority on pure enjoyment. Then, after you’ve ensured you get enjoyment out of things, eating properly and not just for enjoyment. Also, of course, exercising. And finally rest and relaxation, which is something where the book comes back to its overly broad statements and claims that emotionally neglected people get either too much or too little rest and relaxation. Which. Wow.

Then, next to nurturing, there’s self-discipline. I admit freely that self-discipline is not my strong suit, but even so, I think that the way the book suggests you go about it feels like it is at best easy to misuse and at worst just straight up bad: Each day, you must do three things that you don’t want to do (or stop yourself from three things you want to do but shouldn’t).

The book also comes with worksheets for the two blocks above, where you tick off days where you did well. I think these things are soul-destroying and not helpful, but I’m willing to concede that they’re helpful for some people.

Another part of self-care is self-soothing: figuring out non-harmful strategies that calm you down.

And, finally, learning self-compassion. Applying the Golden Rule in reverse (not judging yourself harsher than others), being aware of self-directed anger, developing a loving-but-firm inner voice (aka self-parenting). 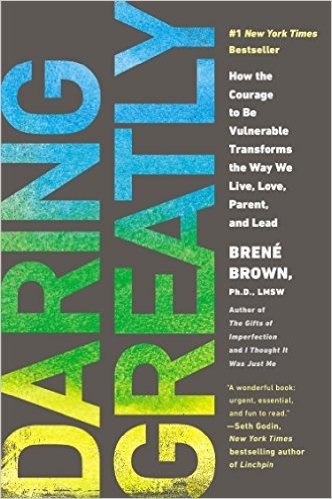 Daring Greatly: How the Courage to Be Vulnerable Transforms the Way We Live, Love, Parent, and Lead 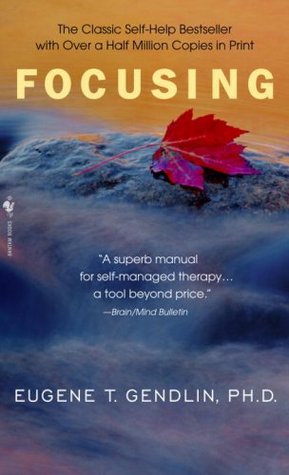