Daring Greatly: How the Courage to Be Vulnerable Transforms the Way We Live, Love, Parent, and Lead

Daring Greatly by Brené Brown is a book on vulnerability, and touches on many emotional and structural concepts that influence how we can or cannot be vulnerable in our current societes, such as hero worship, scarcity culture, disengagement, perfectionism, and above everything else, guilt and shame.

The book includes a bunch of concepts that I think are valuable in building your model of yourself and human interactions. I found the passages on disengagement important, and I know others benefited from the discussion on guilt and shame. The passages on parenting towards the end were way more relevant to my interests than I would’ve thought, given that I have no interest in parenting in general. Her observations on how to deal with shame, and the consequences of the widespread feelings of shame and lack of vulnerability ring true to me, and I think in general reading this book would be beneficial to most people I know in some way – though different ways for everybody. It’s not terribly long, either, so it’s a good recommendation for people just dipping their toes in the ocean of books discussing emotions.

There were some parts of the book that didn’t work well for me personally: Brown’s writing style was annoying to me, for one, for reasons that felt like personal incompatibility – she’s very genuine, though, and I got used to it after some time. Her observations of society are of course centered on the US, which is interesting to observe from a European point of view. Her generalisations hold, of course – we don’t have different emotions, after all. But seeing an inside look on the structures over there is still like reading about an alien culture. There is a section in the book discussing mechanisms and how to deal with them, and I found it way less useful than it sounds. The descriptions of patterns were fine, if not terribly useful, but the advice for each of the patterns felt very hollow to me.

There were a bunch of things that I felt were missing in the book. Queer perspectives were not mentioned at all, which seems weird in a book that devotes at least some time to discussion of gender roles. She mentions her research often, but any description of what this research entails is in an appendix, and this appendix isn’t mentioned throughout the book, so I was left asking “your research? WHAT RESEARCH TELL ME MORE” for a the whole book. I felt that a discussion of the merits of shame would’ve helped, but I think she would not agree that there are any upsides to discuss, so I’m chalking that one up to disagreement. I was also missing any mention of humour as a way of dealing with shame – because in my experience, this is an impressive tool.

That said, the discussion of guilt, shame, disengagement, and dealing with internalised patterns stemming from a culture of scarcety and distance were useful to read, so even while I wouldn’t endorse this book wholeheartedly, I’d recommend it as a source of stimuli and ideas.

by Carolyn Elliott · read 2020-07-17
★ ★ ★ ★ ★
Existential Kink offers a different, practical look at shame that boils down to "Have you considered that you might be into it?" 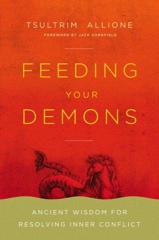 All About Love: New Visions