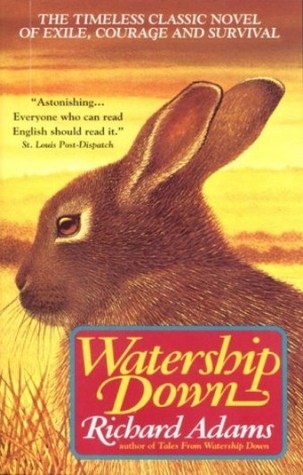 Rabbits. One of those children’s books that does also work for adults, but only while you make allowances for it being written for kids. I feel like I want to qualify everything with that sentence.

Like: I did like the strong characters and how the storytelling managed to build an overarching sense of dread despite the episodic narrative. I liked the legends and myths, and how the rabbits (who would work just as well as aliens, lets be honest) are always being grounded in their behaviour, reflexes and needs.

Maybe it’s just that by now, 1970s sexism reads as jarring, or that 1970s environmental pessimism reads as factual, but the book never quite drew me in – I always knew I was reading a book, and analysing it as I went. Which isn’t the worst thing to happen when you read a kids cult classic way too late.