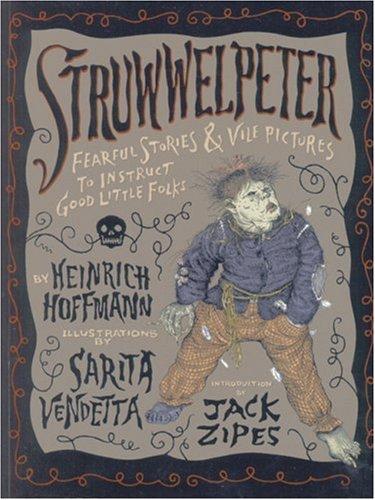 An old book of German horror stories to frighten, erm, educate! kids. The rhymed stories are terrifying and illustrated, and I can still recall lots of the rhymes now. They include

Honestly, as a kid I didn’t think anything about them – they’re not really more gruesome than a grandmother getting eaten by a wolf, or a witch baked in her own oven. But then, they were only in use for entertainment, and never as education, so I got off lightly.

by Klaus Kordon · published 1994 · read 2004-05-01
★ ★ ★ ★ ★
This book offers us a view into the attitude towards children 150 years ago, and shows that some patterns of behaviour, like attention deficit with and without hyperactivity, were well-known in certain circles. I haven't read any more about education in that time, but Die roten Matrosen features school and educational attitudes in Germany between 1910 and 1920, which comes close and provides interesting historical insights.