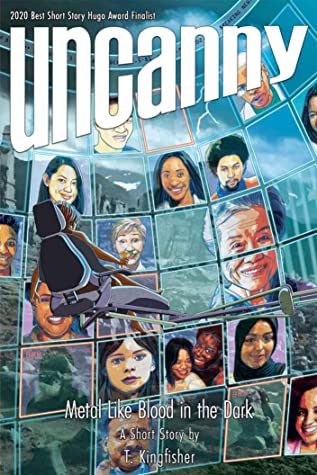 Brother, Sister and their inventor make a strange group. When their inventor is suddenly forced to leave without them, the giant, powerful beings are on their own – and are forced to learn things like morals, and lies. Beautifully written. The ending was a bit weak, but I can’t bring myself to care when the rest was so good.

Not adding the quotes to the quotes list because they don’t make too much sense out of context:

“Eve had had the knowledge of good and evil handed to her, but Sister had to create it for herself from first principles, and it went slowly.”

“If she could no longer trust herself to speak the truth, that perhaps she would die. Her nanites might also learn to lie and then they would wreak falsehoods upon her metal shell.”