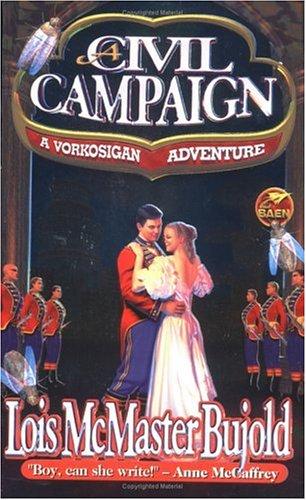 Most Vorkosigan fans seem to like A Civil Campaign a lot, and this may or may not have screwed with my expectations. I liked it less than Komarr, which I read directly beforehand.

We get a good romance plot, which is naturally something Bujold is good at. Ekaterin deals with being back home and in mourning (while also taking care of her child and figuring out what to do with her life), Miles continues to meddle in politics and has to deal with his family. Everything escalates, so nothing’s unusual.

We get a ton of side character plotlines, which is awesome. Kareen Koudelka has a wonderful coming-of-age culture clash arc, complete with money worries, family problems, romantic entanglement, and nosy sisters. There’s a subplot of a Vor transitioning to secure the inheritance of the District. There’s a subplot of Ivan being Ivan. There’s a subplot about Mark starting a startup (with more enthusiasm than competence) and luring everybody and their dog into participating, which I didn’t care for at all. I don’t seem to get on with Mark as a character, at all, and the way his relationship with food is described strikes me as odd, or off, or uncomfortable, in any case. Regardless, all characters continue to be vivid and 3D (at the very least!), and we get to see more of Aral and Cordelia, who are clearly the best characters in the series.

This book featured a scene that was so remarkably cringeworthy that it took me three tries to read through it, which is not something that happens often (Miles proposes to Ekaterin in the most terrible way and everything is horrible forever.)

I also keep noting that while banter and characters are where Bujold shines, exposition is not her strength. The first two chapters always feel uncharacteristically clumsy. I’m not sure what’s up with that.

I feel that Dorothy Sayers made a better call in how she built her romance: They get to know each other a while, then there’s one intense book leading up to the engagement, and the next starts with the wedding. In contrast, Miles and Ekaterin go through an intense leadup in their first book, then a slower one in this book leading up to a proposal, then get married in a short story on the side. It’s not bad, it just could’ve been more rounded.

You don’t pay back your parents. You can’t. The debt you owe them gets collected by your children, who hand it down in turn. It’s a sort of entailment. Or if you don’t have children of the body, it’s left as a debt to your common humanity.

Never ever suggest they don’t have to pay you. What they pay for, they’ll value. What they get for free, they’ll take for granted, and then demand as a right. Hold them up for all the market will bear. 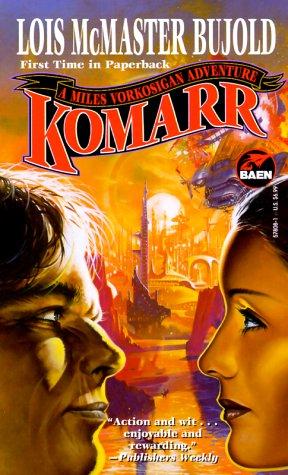 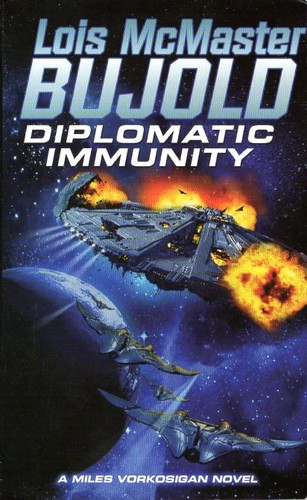 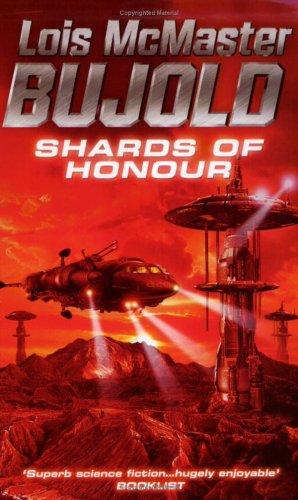