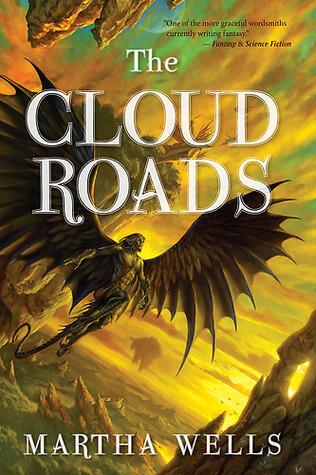 Martha Wells is currently best known for her socially awkward Murderbot, and I wanted to see what she’s up to when she’s not writing robots. Well, let’s just say that the protagonist of this series is a socially awkward outsider, shunned unless he tries to make himself into something as human-like as possible.

The worldbuilding was interesting, but a bit too little for my tastes: I always wanted to see more, more of the floating islands, more of the different human cultures (cities, and backwards villages, and sky-ship traders!). Because the non-human worldbuilding was underwhelming – maybe I’m just too used to sci-fi with alien aliens?

Moon, the protagonist, finds his own winged people with a strict caste-like society (due to biological facts, hmmm), and I was surprisingly not interested to learn more about them next to the otherwise tempting worldbuilding. I’m not sure if that’s because none of the characters felt fleshed out and compelling, except the obvious bristly mentor, or because their society felt so inert. I do like the idea of people who can shapeshift and fly, so that’s not it! Though it may be that the heavy-handed infodumps about their society put me off. The society is oddly human in places (men get names like Knife or River or Bone, and women are Needle or Petal or Pearl). There’s so much potential when talking about people with different bodies: How do they communicate their feelings? How does that change while flying? How do traditions and rituals account for that? But no, instead we get infodumps about their inheritance laws.

Character-wise, everybody gets their one adjective and then does their best with it, which is just not enough to make a book, especially about a nonhuman society, come to life. The queens are catty, the mentors wise, the evil other races evil, and so on. We do like ourselves a bit of Fantasy ~~racism~~ biological essentialism, I suppose. It didn’t help that the protagonist seemed to be both a bit of a sullen idiot, who then stumbles across accidental character growth (from outsider to leader with zero social experience).

It’s a lovely book, and I can see why people like it a lot – it’s certainly a class above most mass-market fantasy. I don’t think I’ll keep going with the series, but I didn’t feel like my time was wasted, either. 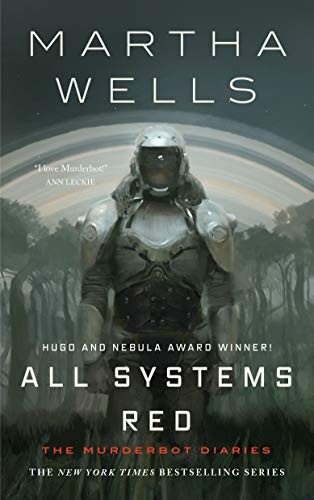