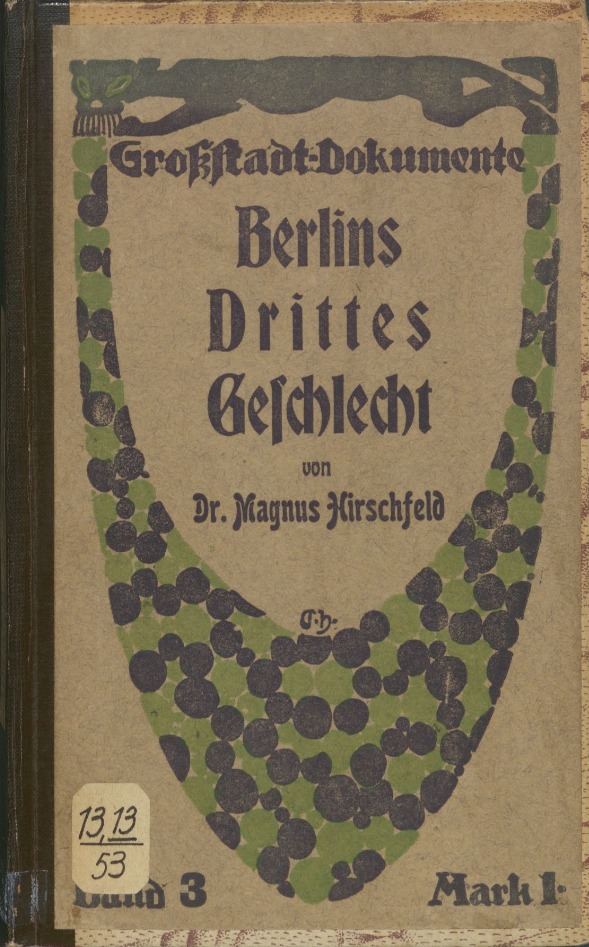 Berlin’s Third Gender (Berlins drittes Geschlecht) by Dr Magnus Hirschfeld is a description of queer lives in Berlin around 1900 (published 1905). Even though it’s naturally sad in some ways, it’s also encouraging: Berlin was comparatively liberal at the time, and I enjoyed the descriptions of queer groups, events, relationships, and creative side-stepping of general conventions. The descriptions are very vivid and obviously well-researched, and contain lots of amusing facts about everyday life in different social circles.

Hirschfeld is not without his problems (he never really believed that homosexuality was quite as good as heterosexuality), but in this book, it barely shows. In reading queer history, you probably won’t find less depressing books than this one.

Gems in this book include:

Interestingly enough, the book was published when the term “homosexual” was in use already, but not firmly established in Germany yet, and the book uses the term “Uranian” instead (heh.), which I hadn’t heard before. The author argues that “homosexual” will make people think that it’s all about sex (and I can imagine that with 1900s sensibilities, he wasn’t wrong.). He he stresses that queer groups are a socially oriented, and that the sex itself is no more (or less) important than in heterosexual groups. 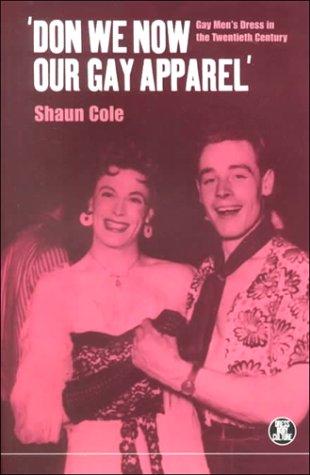