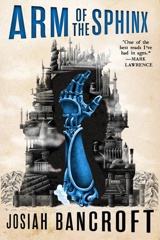 In the previous book, Senlin was swallowed up by the Tower of Babel, lost his wife, and underwent all sorts of terrors and indignities and character growth, until finally breaking free with a truly motley group of friends. Now he’s become a dread pirate (though still recognisably the old school teacher, if you know how to look).

Bancroft continues to feel somewhat long-winded, and despite a lot of action, there is not a lot happening. I can forgive that for the beautiful steampunk and the character growth that each of the five crew members undergoes, but it’ll probably mean that it will take me a bit again to take up the next one.

The character growth is real, by the way: Senlin goes from hunted to hunting, from newly-proud to newly-humbled, from obsessed with his wife to less obnoxious. His first mate, Edith, starts out grounded and powerful, turns reasonably desparate, and ends up … well, spoilers. Voleta, the little acrobat, starts out exuberant and remains so, but grows in depth that gives her exuberance new meaning. Her brother, Adam, starts out clinging to his sister and self-obsessed (and a bit stupid), and turns into a proper adventurer. And our violent Amazon grows old and finds her heart.

I’m not sure what makes this book feel so dusty and long-winded, despite all the brilliant ideas and vivid characters. It’s not bad, just odd. 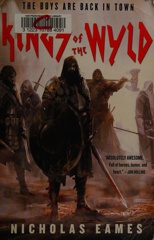 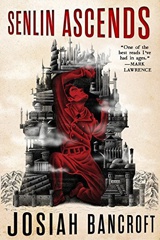