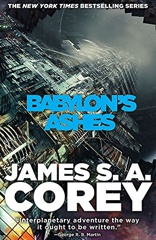 Babylon’s Ashes might have been the part of the Expanse series I’ve enjoyed most so far. We get to see the fallout of the previous conflicts (as with every book so far), and see how people act under the pressure of humanty’s fate hanging in the balance. (I don’t want to spoiler anybody, so I’ll leave it at that)

I enjoyed re-visiting the known and trusted characters, and meeting new ones – this book has a lot of POV characters, some only once or twice, and it worked surprisingly well. The Expanse series is also very, very impressive in terms of long-term character building. It also knows how to do character death – a character I never cared too much about dies in the course of the book, and the history combined with the reactions of the other characters made it an intense reading experience. I think, surprisingly, the plot was noticeably weaker than the character building here, with the ending being predictable some 30% or so off. Thankfully that didn’t make the book any less enjoyable. 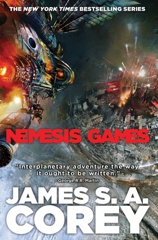 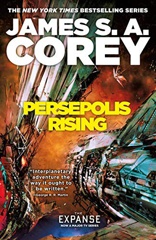 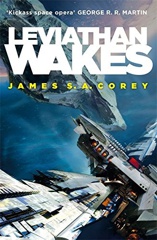