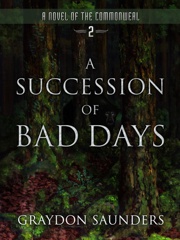 Following The March North is not easy in any way, and yet, Saunders manages. Same world, directly after the events of the first book – but in a completely different role, keeping only side characters around. I’m very into this sort of continuity. Especially when it gives me civil engineering Hogwarts for severely overpowered magic users. Hell yes. The book sums it up best: “like a fairy-tale lost in a civil engineering manual.”

It turns out that Saunders’ opaque dense style of writing wasn’t a character voice, it’s just how he writes – though he does manage to come up with a good reason, at least for this book: Our protagonist is unlocking his full potential, and thus starts thinking differently and like other wizards – fair enough.

Saunders continues to flesh out the world by his signature combination of oblique hints and pseudo-formal descriptions – pandas that are “preferentially anthropophagic”.

What it comes down to, though, is a love declaration to civil engineering. If you’re not into that, tough luck: Our magic users start being useful by crafting small useful items as well as altering the landscape. None of this is trivial and I have learnt more than I ever expected to about canals and locks.

Plus, there is romance if the weirdest, most wonderful kind. Several successful relationships, in fact, none of them standard in any way. Money quote: “The rule is no other women when I’m male, and anything I like otherwise.”

This is also the first time we get a bit of a look at gender and sexuality in the Commonweal, with an overarching theme of “it depends and it’s complicated”. Lovely, and completely sidelined so that you have to pay attention to things like “who uses which pronouns in which situation towards whom” to keep up. 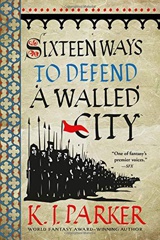 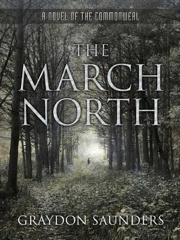 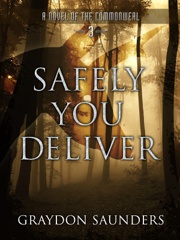