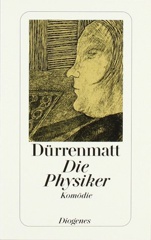 Satirical stage play, in a Swiss asylum for the insane. The three inmates think they are Newton, Einstein and Moebius. Or so the initial story goes – there’s much more to it than that. The murder mystery is just window dressing – the real questions are about ethics in science and the self-destructive tendencies of humanity, and are mostly informed by atom bombs and the cold war. It reads fairly dated due to that. It still packs a punch though – never underestimate Dürrenmatt. He plays dirty and does it well. 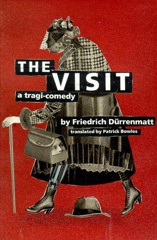