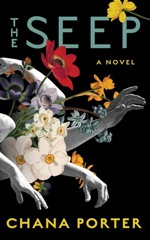 Solid ehhhh: The Seep is a short scifi novel(la?) about an alien race that gives humanity nearly unlimited powers, including self-transformation, and also influences their mind towards being mellow hippies. The protagonist is not really on board, but instead of exploring the world or herself, we get touches of everything and nothing more. The protagonist is trans, but never really thinks about what bodily transformation powers mean for that (jealousy? excitement? nah), for example. Her Jewish ancestry is touched on a bit, her native American one not at all, and her relationship to the Seep as a doctor and artist is pretty much brushed aside after one lukewarm take. Or: the Seep (the aliens) has an original voice, but it doesn’t come enough to really explore it.

Instead, we get mostly indulgent whining because her wife leaves her. Which is certainly grounds for whining, but can’t exactly carry an entire story. I’m usually not a friend of short stories, but in this case a short story might have been better – the awkward length of just 200 pages doesn’t leave room for real exploration (at this meandering pace, anyway), but also doesn’t force the focus and tight pacing of shorter works. 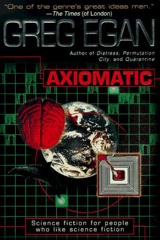