A Wild Ride Through the Night

Walter Moers decided to branch out and do something wildly different. Okay, maybe not wildly: there’s still much absurdity going on. But it’s not Zamonien. Instead, it’s the story of Gustave Doré, the famous painter. Or rather, his paintings. Or rather, all of his paintings, shoved together into a rather trippy (but entertaining!) story.

It’s not exactly great art, but it’s a great art exercise. And it might be the best German writing I’ve read in a long time – Moers really is a brilliant author. Some of the puns are so deeply embedded that you can’t even hope to translate them.

It may be the only Moers book without Moers illustrations, which is sad. But if you can’t have Moers, Doré will do. 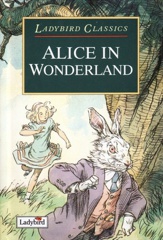